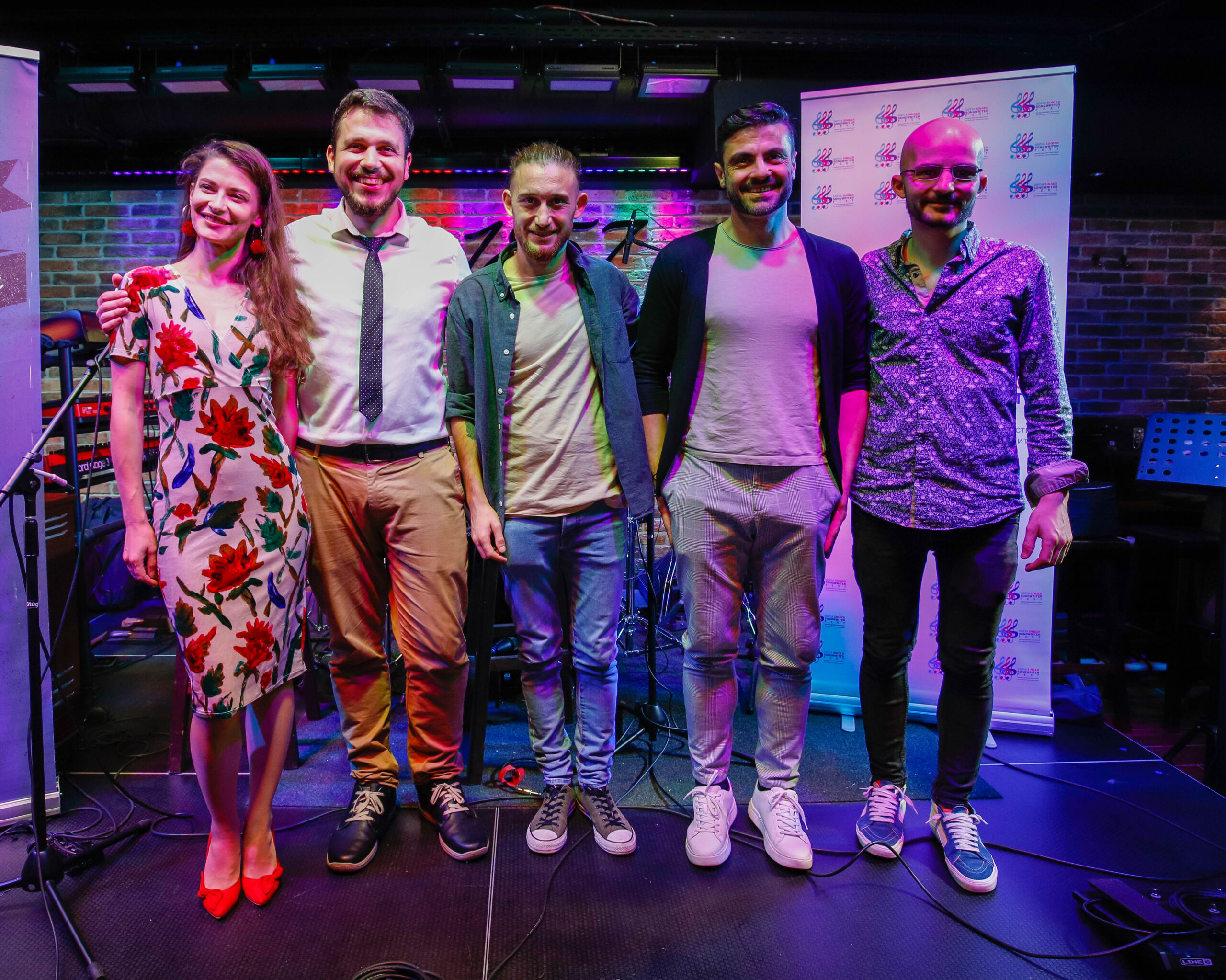 Konstantin Tomov from Sofia took the grand prize at the fourth edition of Sofia Singer Songwriter Fest. The talented performer, after a brilliant and beautifully artistic set at the grand finale, received a high end luthier’s guitar, given by Kremona. Ivan Lazarov took second place – a finalist in The Voice of Bulgaria 2020 as well. His prize is ten studio hours to record a single at Retro Studio (Sofia). The third prize – a wireless microphone from Factor Music House – was sent to Serbia, having been won by the only foreign participant in the pandemic edition of SSSF – Marco Rusov from Novi Sad.

Among fierce competition, the modern poets with guitars presented three original songs each as well as a song by The Beatles at the crowded Club 1857 (opposite the Bulgarian National Television building). Teddy Velvet (Teodora Nikolaeva) received a special prize by the Sofia Residence Hotel, and Alek Kirev and Boris Zhekov got musical books and CDs.

Winners of the youth competition (which took place earlier in the week) took part in the program as well, along with Vedran Ivorek from Croatia, special guest and member of the jury, alongside Plamen Sivov from Tochka BG and Vasko Gromkov (Bulgarian National Television 2) – host of the festival for the fourth year in a row.

This year’s edition of Sofia Singer Songwriter Fest (an international festival for singer-songwriters) was held in a warm and very positive atmosphere, and the focus of the art event was the eightieth anniversary of the unforgettable John Lennon. As a finale, the group of participants led by Vedran performed Lennon’s legendary hit Imagine. According to the audience, guests, performers and journalists at Club 1857, this is the best edition of SSSF to date.