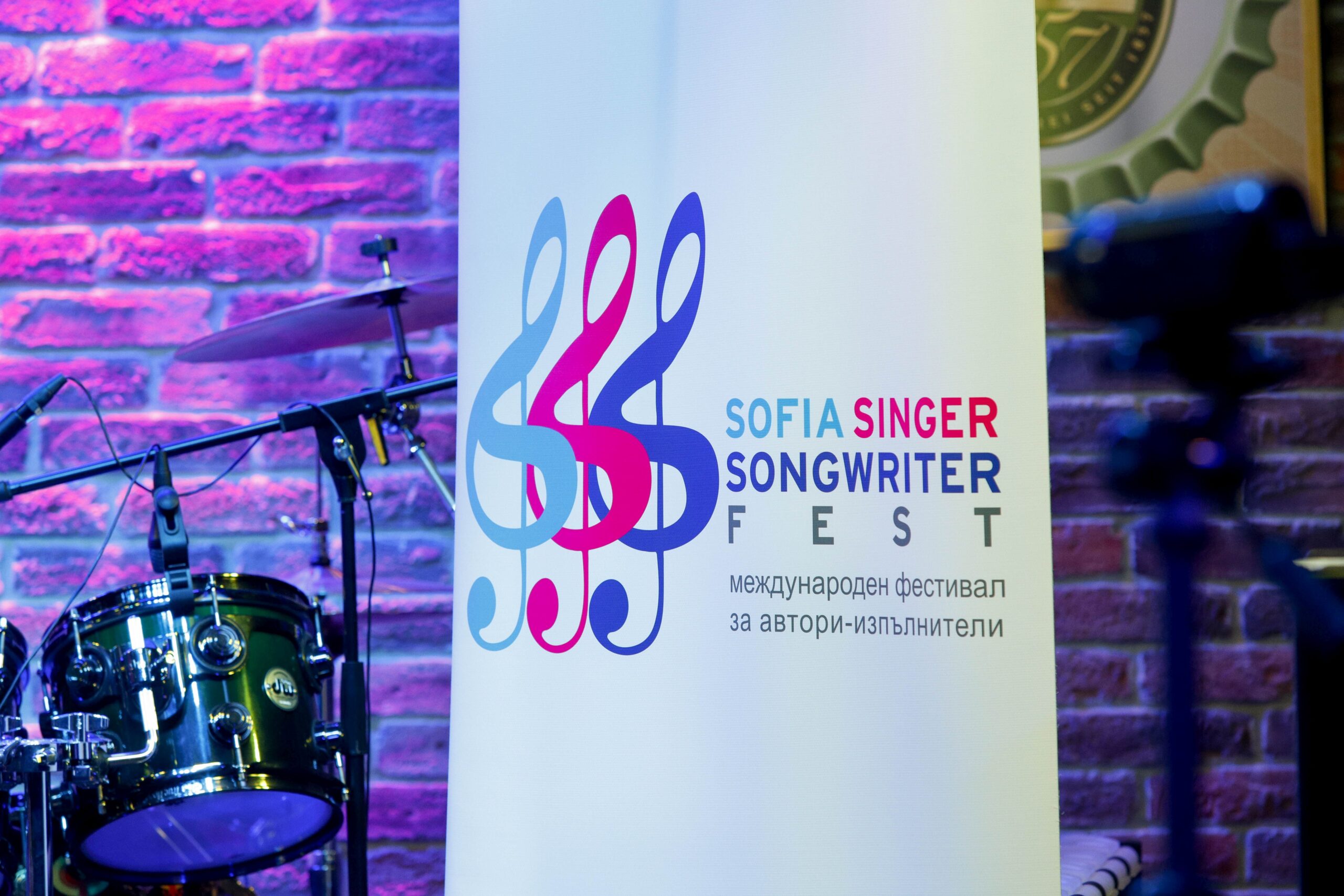 As has already become customary, the anniversary edition of the international Sofia Singer Songwriter Fest 2021 was organized around the World Poetry and Music Day. As usual, the festival began with a two-day recital program and culminated in an international competition on the third day.

On October 2, the organizers of the festival presented a motley bouquet of Bulgarian and foreign authors, giving the audience the opportunity to have a peek into the infinitely diverse universe of singer songwriters. Original songs were performed by: Chris Makarov; the songwriting tandem of Dorothea Tabakova and Kiril Petkov; Joshua Markuzov; Victor Makarov; duet “Poslepis” (Bulgarian for “Postscript”); Konstantin Kovachev (a winner in last year’s youth songwriting competition) and others. Special guest stars of the evening were the upcoming Romanian star Ana Maria Dumitru and the young American songwriter Ernesto Valenzuela (who recently married a Bulgarian woman).

The central event of the festival – the International Competition, was held on October 3 at “Club 1857″. For the second year in a row the club, located at 22 San Stefano Street, hosted the event, which was this time dedicated to the great American singer and songwriter Bob Dylan, who celebrated his eightieth birthday this year.

There were six Bulgarian and two foreign artists in the competition. Each of them presented two of their own original songs. Honoring Bob Dylan, each of them also performed one of his hits. The stylish stage one after the other appeared: KRISTIAN YANKULOV, JULIANA MUR, GEORGI DACHEV, NIKOLAI IVANOV, ANA MARIA DUMITRU (Romania), SAM REDBREAST WILSON (Hungary), TEODORA STANCHEVA and KALIN GAYTANDZHIEV.

Members of the jury were: Plamen Sivov (1/4 of the Tochka BG band), Vasko Gromkov (a musical anchor-man at the Bulgarian National TV) and Kotseto Kalki (a popular actor and singer). Their evaluation of the participants was based on 5 criteria: lyrics, music, stage presence, vocal and instrumental skills.

A special recital was given by Konstantin Tomov, who won the SSSF competition in 2020.

This year’s first prize – a high-class guitar from “Kremona” worth BGN 1,600, was well-won by Teteven-born psychologist Kalin Gaitandjiev, vigorously supported by the participants in his project “Sofia Jedi”, in which he writes the lyrics, dedicated to the neighborhoods of Sofia, and also plays guitar, bass and drums.

Second prize – wireless microphone and headphones from the music house “Factor” (sponsor of the festival for the fifth consecutive year), was won by Georgi Dachev Georgiev – the frontman of Do Sho Band from Kavarna.

The third prize – 10 hours (worth BGN 500) of studio time at the “Retro” recording studio, was unanimously awarded by the jury to the youngest participant in the history of Sofia Singer Songwriter Fest – 16-year-old Juliana Moore from Sevlievo, who is currently attending high school in Veliko Tarnovo.

The three winners also received acoustic guitar pickups from KNA. The special prize of the boutique hotel “Sofia Residence” – a night for two in a luxury apartment, was given to Teodora Stancheva from Burgas.

Meanwhile, all participants received as a gift a bottle of Jamieson whiskey, as well as the new albums of Kotzeto Kalki, Tochka BG and Lilly Drumeva.

SKAT Television was the official media partner of Sofia Singer Songwriter Fest for the third consecutive year. The TV station filmed and will broadcast the concerts.

Among the extremely positive audience at “Club 1857” some popular people were seen, such as the composer Momchil Kolev, the musicians from “Tochka BG”, the singer TONY, the young singer Boris Iliev, the pianist Martina Tabakova, Yasen Vassilev from the “Lilly Of The West” band, the psychologist Elenko Angelov, Dimitar Ivanov from the “Mufta” band and many others.

The great sound at the competition was provided by the much-experienced Nicky Dragnev.

At the end of the concert, all participants, along with some of the organizers, performed the legendary Bob Dylan hit “Knocking on Heaven’s Door” and then Lily Drumeva O’Reilly (Director of Sofia Singer Songwriter Fest) officially announced the upcoming sixth edition of the of the festival in 2022.