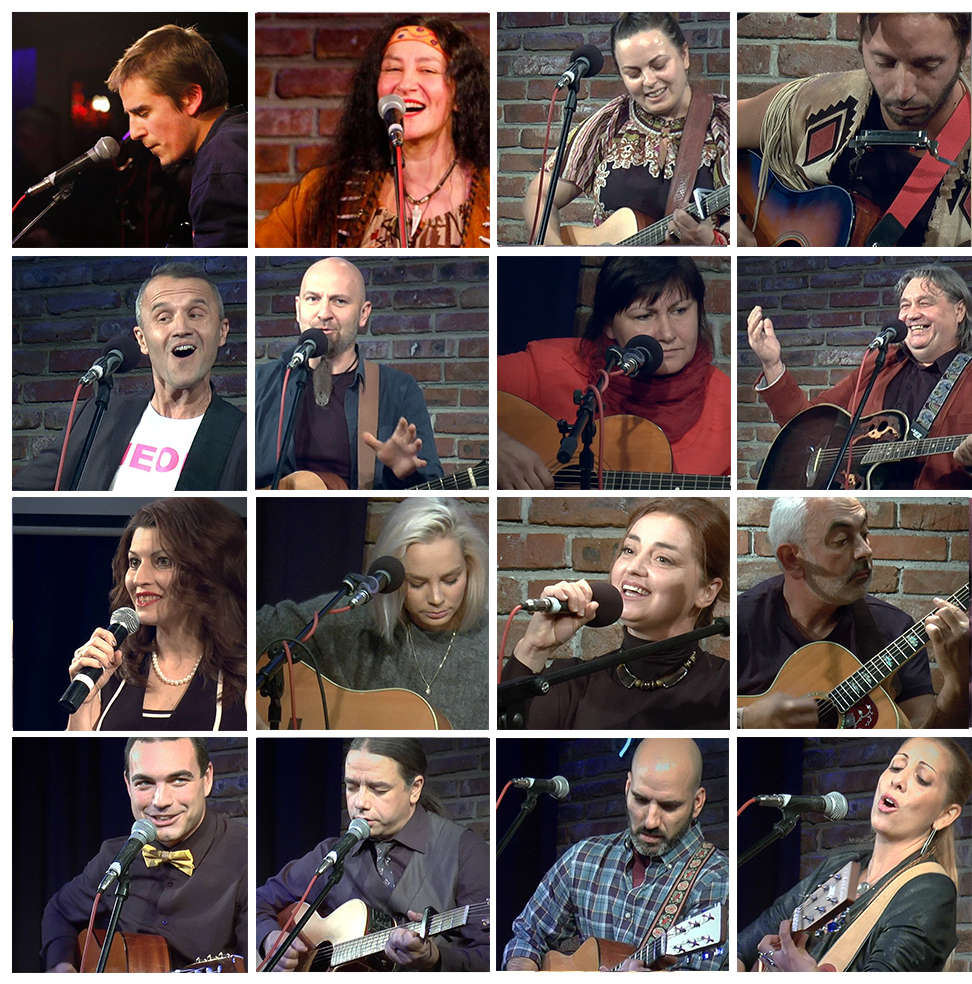 On 30th September and 1st October 2017 Sofia was the home of a brand new festival dedicated to poetry and music. Singer songwriters from Serbia, Croatia, Romania, USA and Bulgaria performed at the National Palace of Culture, Studio 5 stage, in Bulgaria’s capital to a sold out venue. Among the artists were Vyara Ivanova, Johnny L’ove, Petko Slavov, Vedran Ivorek, Margarita Drumeva, Dan Vana, the band Tochka BG, Denis Apov, Viktor Makarov, Matt Petrarca, Mariyana Dobreva and the band Lilly of the West.

The concerts were recorded by Bulgarian national TV and radio and were streamed live on the internet. Each artist had fifteen minutes to perform three original songs. A panel of three judges was responsible for the evaluation of the performances: music, lyrics, vocal and instrumental skills and stage presence.  Among the judges were Miodrag Jaksic (poet, festival director and publisher from Belgrade), Vasil Gromkov (poet and journalist at Bulgarian national television in Sofia) and Plamen Sivov (poet, musician and founder of Bulgarian vocal group Tochka BG).

Apart from the competition program (30.09 and 01.10) there were a number of satellite concerts at the Delta Blues bar in Sofia and at the embassies of Serbia, Croatia and Romania. Sofia Singer Songwriter Fest was supported by Interculture Foundation, Factor music store, Studio 5, Jameson whiskey, Toxity studios, TV1, Bulgarian National radio and others. They have donated several awards for the winners:

First prize – a wireless microphone and headphones by AKG, as well as the right to participate at the International Singer Songwriter festival in Belgrade, Serbia (Kantfest 2017) went to the talented and amazing Mariyana Dobreva.

Second prize – a recording contract by Toxity Studios went to Boris Maslarski – a gifted and enthusiastic young singer songwriter who impressed the audience and the jury.

Third prize – a selection of gifts by Jameson whiskey went to Matt Petrarca, an interesting American artist from Ohio with a unique style.

Master of ceremony was Vasil Gromkov who was not only giving interesting information about the artists, but also entertained the crowd with his jokes and easygoing behavior.

Sofia Singer Songwriter Fest was opened by Ms Bilyana Genova, head of the department of culture of the Sofia municipality. Among the guests were diplomats from the embassies of Serbia, Croatia, Romania and Bulgaria, as well as famous Bulgarian musicians and songwriters.

All in all, it was a fantastic gathering of musicians and poets from around the world, a true celebration for acoustic music and poetry. ‘What an amazing festival. It is top 3 in Europe’, says Miodrag Jaksic form Belgrade, chairman of the jury. ‘It took me three years to reach this high level’, shares Vedran Ivorec from Croatia, organizer of Exposure festival, Velika Gorica.

Lilly Drumeva-O’Reilly, director of Sofia Singer Songwriter fest, appreciated the compliments and thanked everybody at the end of the show.

Should you would like to participate in the next edition, please send a short biography, a photo and a link with your performance to lilly@techno-link.com. The festival team will review your application and will contact you.